Are we seeing the death of the great British buttie? 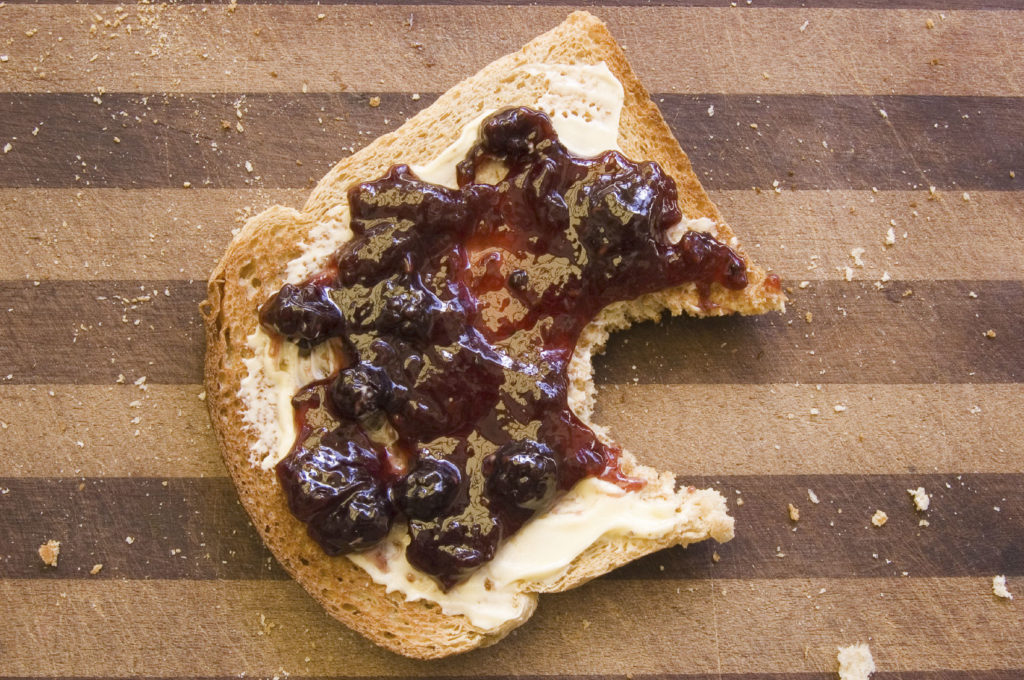 The Mirror newspaper says the great British buttie might be on its last legs. Greggs the bakers sells more hot butties than ever. And the onerous task of hand-buttering might just be at an end thanks to an ex-chef driven to the edge of madness by the task. Here’s this week’s bread news.

According to the Mirror, the end of the British buttie may well be nigh. Apparently sales of bread have plummeted thanks to a dramatic fall in the number of people making packed lunches, with a whopping 50 million fewer loaves sold in supermarkets over the past year.

It looks like people just don’t have time to butter and fill their daily butties any more. Health concerns around carbohydrates are helping to fuel the fall. And ‘food on the go’ in the shape of ready-made butties is benefiting.

The data comes from market analysts Kantar Worldpanel, and trade magazine The Grocer said the decline is still worsening. At the same time the average price of a sliced loaf has dropped to a new low in response to falling demand, down to an average of around 90p from 98p just a year ago.

Warburtons is the only big bread brand to see growth in the past year, while competitors Kingsmill and Hovis saw losses of almost £60 million each. But we have grown and grown, with a consistent increase in demand from the foodservice sector. It looks like proper all-British bread wins hands down.

As reported on the bakeryinfo website, Greggs has enjoyed like-for-like sales up 3.7% in the first 18 weeks of 2016, thanks to hot sandwiches and breakfasts. This confirms the findings about traditional butties, as more people choose food on the go than getting down and dirty with their own DIY sandwiches.

Apparently two strains of lactic acid bacteria, L. bulgaricus and L. plantarum, can be harnessed to increase the shelf life of bread by as much as four days. It’s great news for supermarkets but in a landscape where fewer people are buying sliced, pre-packed bread in the first place, will the development result in more sales? It’s doubtful.

The research, from the University of Valencia’s Laboratory of Food Chemistry and Toxicology department, was revealed in the Food Control journal. The bacteria in question can both stop fungal growth and reduce toxins in bread. Hm. We prefer the real deal, proper bread made in Britain, from British ingredients, without added beasties.

After twenty years in the foodservice industry, ex-chef Kevin Whitehead ended up hating the process of buttering bread by hand. So he’s taken action on behalf of beleaguered butterers across the land. Introducing the portable square spreader, a ground breaking invention that butters an awesome 21 slices – an average loaf’s worth – in just half a minute.

The portable spreader can be loaded up with either butter or mayonnaise, and does its amazing thing thanks to a clever plunger mechanism which smothers a slice in a single, smooth motion. One load of butter or mayo spreads 100 slices.

Come back next time for more fresh news from the bread sector, including our Red Tractor Rape Seed Oil launch.