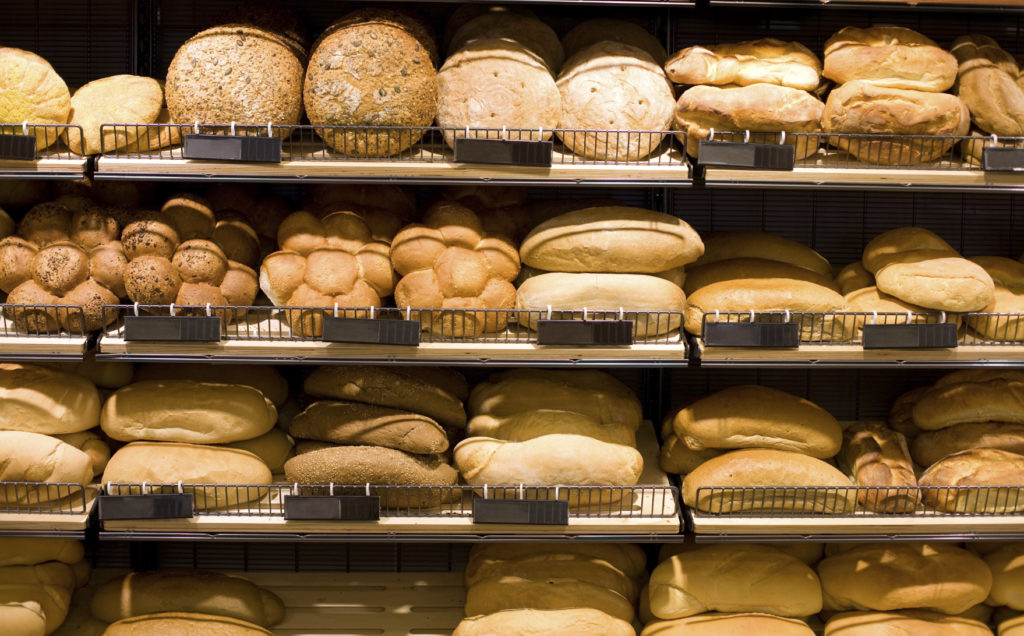 Have you ever tried to toast bread with hair straighteners? Apparently the results are not bad at all. Bakery sector businesses around the world are getting generous, doing their bit during the Covid-19 crisis. A Moroccan bakery equipment manufacturer is making top quality face masks and distributing them for free. And one man decides a 130 mile drive for a loaf priced £1 less than at home was worth the effort, despite the lockdown. Here’s the news.

Toast is the ultimate comfort food, which is probably what drove travellers quarantined in hotels for 14 days to toast bread with their hair straighteners and even the irons in their hotel rooms. More interesting still the results, by all accounts, tasted great.

Amy Todd and her partner Matt were trapped in four star the Travelodge Hotel Sydney, under government quarantine. When they received a package of groceries they were delighted, but how to make toast? Deciding to experiment with Amy’s hair straighteners, the couple discovered how good the resulting toast was, and the word spread fast.

In the UK we’ve seen similar recent innovations thanks to panic-buying emptying the supermarket shelves of bread. Some people have bought costly bread makers online, but one happy shopper has found her own way to bake a loaf – in her slow cooker. The recipe, originally shared on Facebook by Dannielle Luttrell, now has over 37,000 likes and has already been shared hundreds of thousands of times.

If you’ve been baking bread in innovative, unusual or downright eccentric ways, we’d love to hear about it!

American brands get generous during the crisis

First Choice Insurance in the USA is giving away 1200 loaves of Geraldine’s bread for free, according to the Idaho State Journal. They’re doing it because the believe there’s ‘nothing like a loaf of fresh-baked bread to lift spirits during a tough time’.

At the same time the bakery giant Panera Bread is making good food accessible to all, having announced the launch of Panera Grocery, a new service that lets customers buy high-demand foods like milk, bread and fresh goods at the same time they buy their Panera soups, salads and butties.

A leading bakery equipment manufacturer in Morocco has created an innovative solution to the lack of face masks in the country. They discovered that the machines used to make bread can also be used to engineer really good quality protective face masks for health workers.

The bakery equipment producer is based in the capital, Rabat. They’re not only making the masks already, they’re also distributing them at no charge to essential workers like doctors, security personnel and cleaners at public and private hospitals in Rabat, Casablanca and Sala.

Amin Bennour, the factory’s communications officer, said the idea came from the engineering department, who were confident their capabilities and machinery could qualify the company to make the masks used by hospitals. At the moment they’re producing 80 protective masks a day for free distribution.

A kneadless trip sees one man in big trouble

When police stopped a speeding car on the M1, they couldn’t believe their ears when the driver gave his explanation. Apparently the man had driven more than 100 miles to London to buy bread, because it was £1 cheaper than in his home town of Nottingham.

Officers stopped the man at about 10.40pm on Sunday night as he sped along at 110 miles an hour with his two children in the car. The man, who hasn’t been named, was handed two fixed penalty notices by the police and reported to court for speeding.

Keeping calm and baking on

We wish you, your businesses and your families all the very best during the lockdown. Stay safe. In the meantime we are keeping calm and baking on, and our gorgeous breads are still available. Give us a call if you want some.