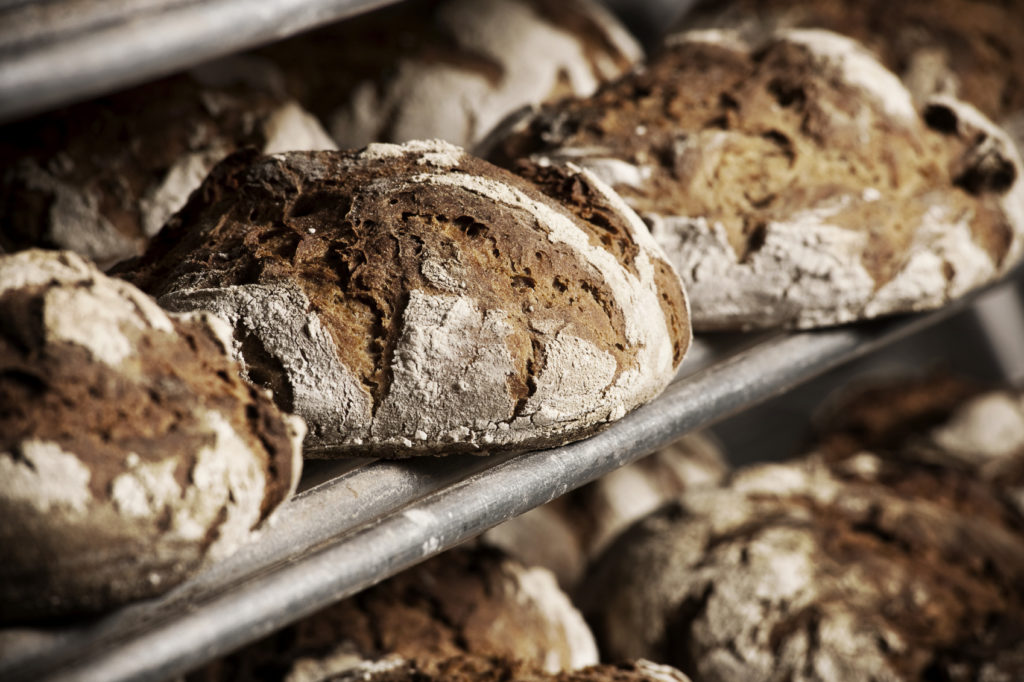 We like to keep our eyes open for fun bits and pieces of bread-related news, and there’s been plenty around during April. Take the Green Heron, a very clever bird indeed, which has been spotted using bread as ‘bait’ to help it catch fish.

According to a Mail Online article, which includes photos, the beautiful Green Heron drops chunks of ‘found’ bread onto the water, then waits for interested fish to rise to the bait. If it has no luck it starts again, re-baiting the water. Then, when a fish shows an interest, the heron snaps it up. The bird’s methods aren’t unusual. Apparently herons are bait-fishing champions and seven of the twelve known birds that habitually use bait to catch their dinner are herons.

All over the world people are recycling and repurposing in an effort to reduce waste. And bananas are no exception. As reported in the Minneapolis Star Tribune, a local social services kitchen based in Bloomington is making a big effort to cut waste fruit and veg, and their first project was to transform over-ripe bananas into tasty bread. The final article apparently contains less sugar and fat than ordinary breads, and is absolutely jam packed with lovely wholewheat flour. We like their style.

More recycling… instead of chucking away leftover bread that’s either stale or well on the way, how about taking advantage of The Guardian’s excellent recent article looking at 20 recipes for using up leftover bread? As Rachel Kelly, the article’s author, says:

Stale bread and breadcrumbs serve several purposes in the kitchen. They are used as a binding agent (in meatballs and sausages). They act as a delicious protective coating to seal in both flavour and juices in dishes such as the retro classic chicken kiev or in schnitzels. I use breadcrumbs in a corrective way too, to thicken sauces and stews as well as to absorb excess moisture when I am making things such as courgette fritters. They are an excellent filling for various vegetables from mushrooms to tomatoes and courgettes and they are an excellent topping for any baked dish such as macaroni cheese. Stale bread’s properties can be celebrated as a virtue in the way that it absorbs moisture and flavours in a simple panzanella or fattoush salad or as a brilliant savoury bread pudding to accompany a Sunday roast or a sweet bread and butter pudding for ‘afters’ – happily crossing flavour boundaries, from sweet to savoury.

The respected Milan based Greek architect and designer Kostantia Manthou has come up with an exceptional ecological approach to transporting food in the form of an edible take-away food container. She’s showcasing her ‘Kira and the Edible Tower of Containers’ dishes at Milan Design Week, promoting an edible means of transporting food where the container itself is part of the meal. Which means no plates, no utensils and no washing up, since the bread containers can be divided into shovel-like triangles, perfect for scooping up the food.

We’re fortunate in that our wholesale customers fully understand the value of our artisan breads. But it looks like the world of ordinary bread is set for a price war, with the Co-Op launching its new range of 75p 800g loaves and Tesco cutting the price of its 800g wholemeal loaf by 15p to 75p. Chris Young, the coordinator of the Real Bread Campaign, said it came as bad news for all bakers, adding:

“A new price war is starting up and the last time that happened in the 1990s, the price of a loaf fell to 7p, with supermarkets using bread as a loss leader to attract customers. The problem with such a race to the bottom is that it artificially skews people’s perception of what is the ‘right’ price not only for a factory loaf but, by misplaced association, for ‘real bread’ as well.”