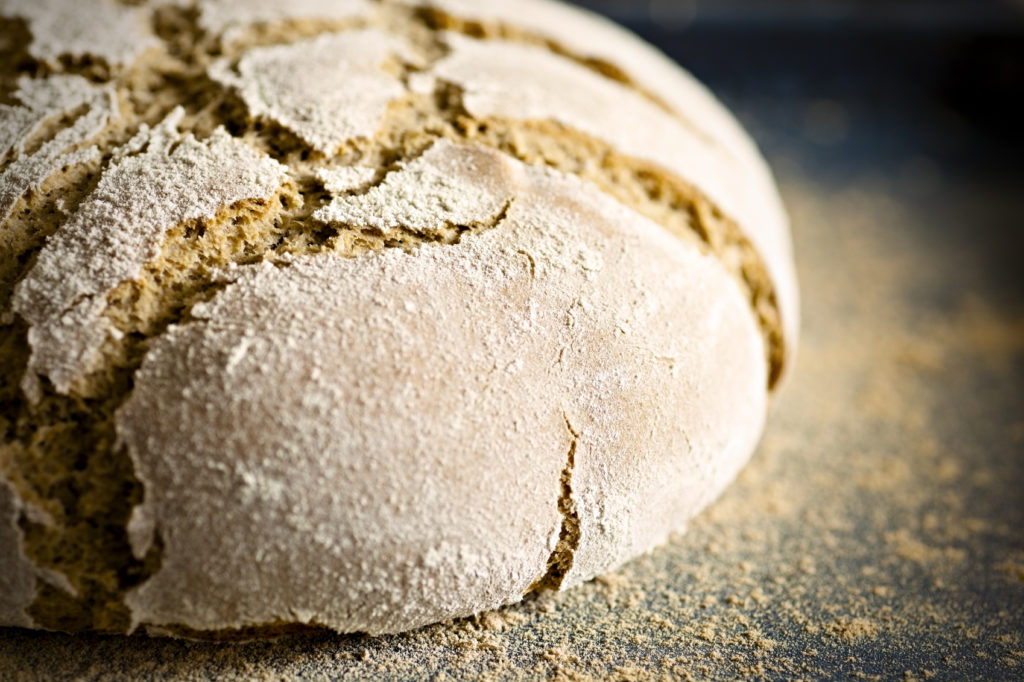 Sadly, flour is rarely just flour. Some US bread products contain substances you wouldn’t feed to your worst enemy.  As a result the bread wars are heating up and big brands are finally starting to take notice.

Take Food Babe, the respected US food blogger. She’s an out and out activist, an industry commentator who isn’t scared to blow the whistle on the bread used in the USA by big fast food chains like Subway whose healthy eating strapline is ‘Eat Fresh’, somewhat ironic when they’ve long been known for adding a Chinese pesticide called azodiacarbonamide (ADA) to the flour they bake with on the other side of the Atlantic.

ADA is added to the flour Subway USA uses to speed the bleaching process, making the finished product whiter and puffier, which means it isn’t even a flavour thing, it’s a convenience thing, only beneficial to the manufacturer. The chemical is banned in the UK, Singapore, Australia and most of Europe. Which is just as well since the website pesticideinfo.org links it with cancer, reproductive issues, developmental problems, nerve damage and general toxicity. It’s also infamous for causing coughs, persistent headaches, shortness of breath, swollen nasal passages and sinus infections, sore throats, breathing problems and asthma.

The weird thing is, ADA is approved for food use by the US Department of Agriculture, the Federal Drugs Administration (FDA) and even the WHO, the World Health Organization.

Subway isn’t the only sinner. Apparently Dunkin’ Donuts and Burger King also add ADA to their bread in the US. We mentioned some time ago that Subway, for one, had agreed to remove the ingredient from their breads. While action has been a long time coming, Food Babe’s high profile protests should hurry the process along. As a Subway spokesperson said:

“Even though this ingredient is safe, we are removing it from Subway bread. This process began last year and is nearly completed — we have already developed an improved bread formula, conducted extensive performance and consumer testing on it, and pending final government approvals we should complete the entire conversion process within the coming weeks.” They also claim that azodicarbonamide is “an extremely common bread ingredient”. Which is all very well, but doesn’t mean it’s OK to keep using it when other nations banned it long ago.

Worse still, the chemical may have been “poorly tested” in the first place, or so say the US Center for Science in the Public Interest. They believe one of the breakdown products of the chemical called urethane, already a recognized carcinogen found to cause lung and blood cancers in mice, might “pose a small risk to humans.” Small? Surely any risk is unacceptable, especially since ADA is merely a cosmetic additive.

Another fortifying substance sometimes used in mass produced breads is iron, which might seem harmless enough until you realise it’s an illegal bread additive in most EU countries because it’s implicated in liver cancer, increasing the risk as much as three times over.

At the moment British flour mills are not allowed to add iron, as well as a list of other fortifications, to flour. But in some EU countries it’s still perfectly legal. Breads made from imported flour, milled in countries where adding chalk, iron, vitamin B1 and nicotinic acid is still legal, contain all sorts of unnecessary additives. Worse still, right now there’s no legal obligation to put these commonly-used additives on bread packaging, so consumers don’t even know they’re there.

Luckily things are about to change. From late 2014, when the new EU Food Information for Consumers regulation comes into force, fortifying substances have to appear on bread and flour packaging by law.

Choose the Red Tractor – your foodservice clients are worth it!

In the meantime, the best you can do for your foodservice clients is provide breads made from flour that’s free of illegal additives, simply because it’s 100% British through and through. Buy breads with the Red Tractor mark, like ours, and you can’t go wrong.