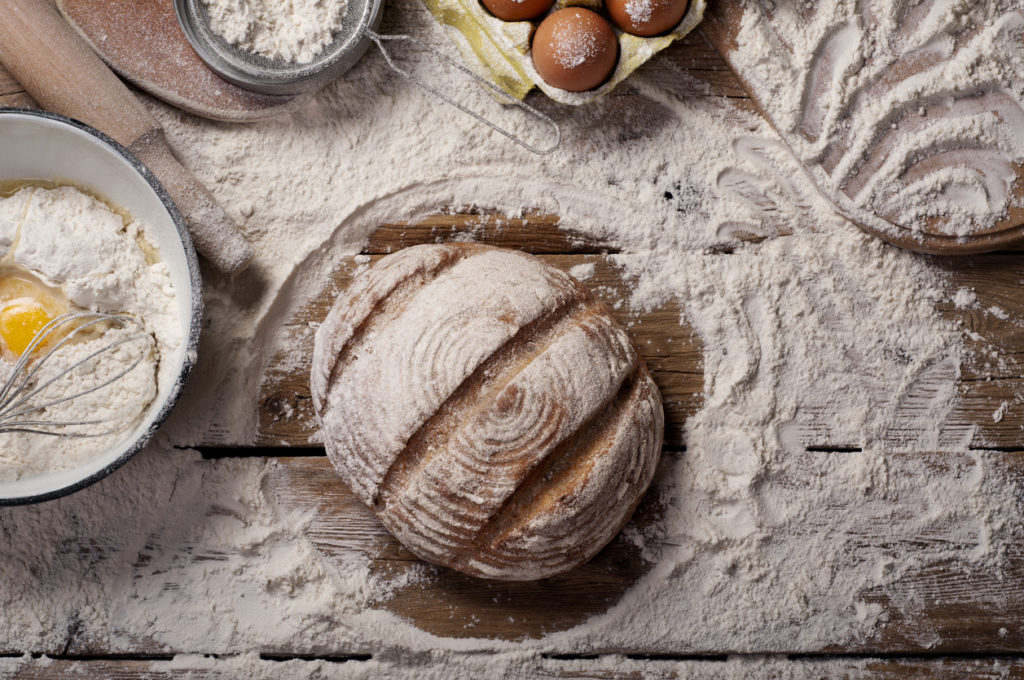 It looks like far too many gluten-free breads are stuffed with chemicals, some of which are used in the cosmetics and oil drilling industries. We take a look at Ezekiel bread. Actor Cole Sprouse loves his slice so much he keeps it in his pocket. And only the wealthy can afford an ordinary loaf in today’s Zimbabwe. Here’s the news, from our world to yours.

A cocktail of additives and chemicals… that’s what food campaigners claim many gluten free breads contain. In fact some gluten-less breads contain as many as 27 different products according to the new Channel 5 documentary, Secrets of Your Supermarket Food, on our screens this week.

In 2016, the gluten-free food market was worth £2.5billion. It’s going to look a lot more like £670 million by the year 2020, with 13% of Brits going gluten-free. But Chris Young, a spokesman for the Real Bread Campaign, claimed many gluten-free loaves shouldn’t even be called ‘bread’. He even says some of the ingredients in them are “not strictly speaking food substances”.

Things like water, rice flour, tapioca starch and maize starch are OK, but substances like humectant and glycerine – found in make-up and used to keep the ‘bread’ moist – are not. One loaf even contained xanthan gum, used by the oil industry as a lubricant.

Mr Young also said some of the ingredients being used were unavailable unless you have an actual license to buy them, and he’s not at all sure he’d want to feed ‘bread’ like this to his kids. In his words, as reported by The Express newspaper, “History is littered with artificial additives that one day are safe, then people start questioning them and they are either withdrawn or banned.”

The last word goes to a professional dietician, Joanna Blythman, who says, “We’ve got this perception that choosing the gluten-free bread or cake is healthier for us but actually, it’s generally the same product with the gluten removed and other additives added in to make that product taste right.”

What is Ezekiel bread?

The trend for ‘natural’ food purity goes on, with a fresh focus on breads with biblical names. Meet Ezekiel bread, a product that really is different from other breads. Ezekiel bread doesn’t contain any added sugar, and is made using organic, sprouted whole grains and legumes instead of either refined wheat or pulverised whole grains. The resulting bread typically contains 5g of protein per slice.

In ancient times, apparently, Ezekiel bread was rejected by Christians because they felt it was baked with ‘the sins of the baker’ included. But it isn’t the only sprouted bread causing a stir right now. Take Essene bread, an ancient recipe made with very simple ingredients.

Sprouted breads can contain millet, barley, oat, lentil and soy as well as grains, and can include a small amount more trace minerals and nutrients than non-sprouted breads. Interestingly, there are rumours that the very act of sprouting helps break down the lectin and other substances in bread that some of us are allergic to.

Cole Mitchell Sprouse is an American actor. He’s well know in the teen world for roles in the Disney Channel series The Suite Life of Zack & Cody and the follow-up The Suite Life on Deck. Now a simple slice of bread has caused a celebrity furore, with Sprouse ‘finding’ the slice in his pocket during the Los Angeles premiere of his new film, Five Feet Apart, and waving it gleefully for the cameras. Then he carefully stuffed it back in his pocket, presumably ‘for later’. Journalists subsequently decided the slice came from a multigrain or whole wheat loaf, and had already been partially nibbled. The reasoning behind the display? We have no idea, nor has anyone else, but it has certainly got the celebrity-watchers talking!

Only the rich can afford bread this week in Zimbabwe

As we reported last time, Zimbabwe’s bread prices have forced the people to find alternatives, thanks to a growing food shortage that’s also affecting other products. President Emmerson Mnangagwa is reported to be ‘working on’ the issue, but this week a loaf of bread costs $2.50 a loaf or more, putting it well beyond the reach of most people. If you’re sitting with a delicious, fragrant square of buttered toast in your hand as you read this, spare a thought for the people of Zimbabwe, who can’t afford the same pleasure right now.

Try our artisan breads for yourself

The proof of the pudding is in the tasting. Give our wonderful artisan breads a try and you’ll want to treat your foodservice customers to exactly the same awesome experience. Just ask for a free sample box and we’ll zoom one your way.