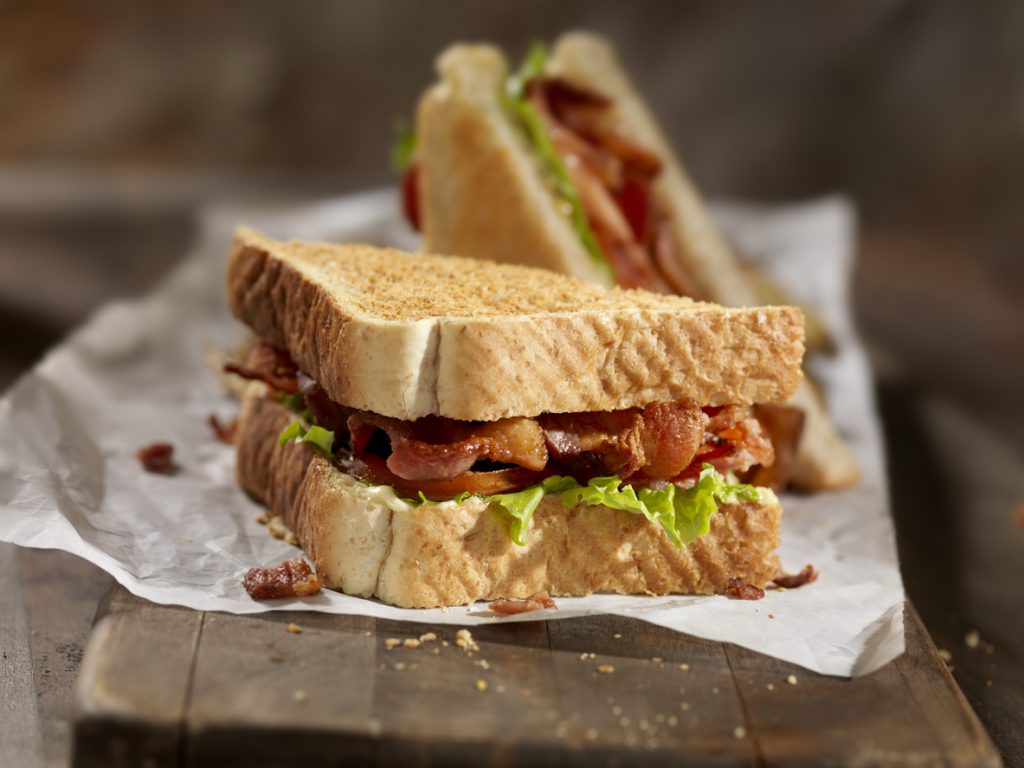 Billions of people eat insects as part of their everyday diet. Others, mostly in the western world, are a bit sniffy about the so-called famine diet, as well as squeamish about eating our many-legged friends. At the same time The United Nations Food and Agricultural Organisation says insects are an excellent human food: good for you, mineral-rich and stuffed with protein. Better still, insects don’t generate anywhere near as much greenhouse gas and ammonia as livestock, need less land to grow and cost less to breed.

It’s tricky to argue against such clear benefits. And some businesses aren’t bothering to argue, they’re jumping right in. Take one of the biggest food manufacturers in Finland, which has launched a brand new initiative in the form of insect bread. They’re an early adopter, jumping on what’s fast expected to become the insect cuisine bandwagon. Crikey.

The head of the Fazer Group’s bakery division, Marcus Hellstrom, says they made the move because Finns are famously willing to try new things, and value good taste and freshness highly. A recent survey concurs. Nordic people in general and Finns in particular have the ‘most positive’ attitudes toward insects as food

One loaf contains 70 or so farmed and dried house crickets, which are first ground into powder then added to flour. The resulting flour is extra-rich in fatty acids, calcium, iron and vitamin B12, and the crickets ultimately make up 3% of the bread’s weight. The fact that the insect dough has a lovely extra crunch scores high, enhancing the flavour, and the bread is by all accounts as delicious as it is nutritious.

Finnish law had to be changed to allow insects to be sold as food, but the country managed the change with typical efficiency and lack of fuss on November 1st. Sadly there isn’t enough cricket flour available to bake for the entire nation, but the goal is to get insect bread on the shelves in 47 bakeries across Finland before going properly national.

Food made using insects can also be found in supermarkets throughout Switzerland, Belgium, Denmark, the Netherlands and… Britain! If you manage to track some insect food down and give it a whirl, we’d love to hear your verdict.

Practical joker insists on croutons at his funeral

We love this story. Samuel Osborne Barber the Second was a much-loved American composer and legendary mischief maker. He wrote orchestral, opera, choral and piano music, and is fondly remembered for the backing tracks he created for smash hit movies like Platoon, Lorenzo’s Oil and The Deep Blue Sea.

Apparently Barber didn’t want flowers on his coffin. Instead he specified croutons in his will, saying, “Get a sack of croutons and sprinkle them over my coffin”. He died in 1981. When his coffin was lowered, three of his friends sprinkled home-baked croutons over it. We like to think that somewhere, somehow, he thoroughly enjoyed the kerfuffle it caused.

Should we add folic acid to bread?

Hundreds of babies a year could be spared the suffering caused by various birth defects if only their mothers consumed enough folic acid during pregnancy. So why not add it to bread? Some of Britain’s top medics have suggested the nation does exactly that, adding folic acid to flour to “prevent countless family tragedies”. They say the government could save many lives by following the example of the USA and more than 80 other countries, therefore halving a collection of common birth defects.

Don’t panic, Mr Mainwaring. Isn’t it interesting that every time Britain gets threatened with snow, we all rush out to buy bread? Sometimes the rush is so profound the shops run out of bread altogether. It’s a tradition, and it just goes to show that when times get tough, people go back to the basics.

This FOMO – this Fear Of Missing Out – makes sense emotionally since stockpiling essentials gives us a sense of being in control when the wider situation is totally out of control. When there’s a crisis we tend to focus on getting our basic needs met, and that means having enough food to last until things thaw. There’s also a herd instinct element. If you see all your neighbours racing to the corner shop you tend to assume they know something that you don’t, so you join the rush just in case.

If you’re in foodservice and you want to stock up on our legendary flash-frozen artisan breads for your customers, we’ll spring into action as soon as we hear from you.